In early 2000 ChangingStreets.com was just an idea. It was an idea based on a guiding principle:  the world will NEVER need another real estate company, but it sure does need a better one. Ever since we opened we have done our best to live up to those lofty goals. The tricky part was the volatile economy over the last 15 years and how the definition of a “better one” changed with the times. 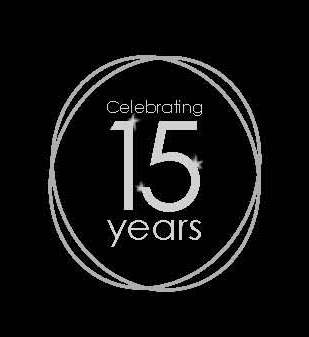 When we opened in 2001 we presented three options to home sellers:

1. Sell it yourself and we will help with the paperwork.

2. We will assist you in selling your home yourself.

3. We will do it all - traditional real estate with the ChangingStreets.com twist.

The reaction was outstanding and consumers loved the idea of options even if they were scared to give them a try. These options helped ChangingStreets.com grow over 100% a year for six straight years. It was a great time for ChangingStreets.com and our clients. We had record growth and our clients saved a cumulative $2.1 million plus in commissions. Over 1,200 people a day visited our website which included home valuations and neighborhood reports. At the time these were things no one else was doing.

In August 2005 founders Adam Abt, Mark Walmsley and Scott Hoyt were having discussions about the future of ChangingStreets.com, looking for money for significant expansion and planning the next five years.

In October 2005 the market in Michigan started to shift and the conversations turned to interpretation of data:  What were the markets telling the industry? What were all the economists thinking? Had the Michigan economy really grown or were home prices propped up on tax cuts and historically low interest rates?

By Spring of 2006 the writing was on the wall - the market was shrinking rapidly, but how rapidly?

The market was heading for a contraction of 20% in units and 50% in sales price. With revenue based on a percentage of sales price, the forecast predicted a reduction of revenue by 60%! 60% less revenue is a killer even for the most conservative companies.

ChangingStreets.com  fortified themselves by downsizing and significantly reducing expenses. One of the founders took a consulting job to help cover costs. 6,400 square feet of office space was reduced to 2,000 square feet of highly efficient space. Agent commission rates were increased to offset reduced sales prices. Adam took over the management of daily operations for the entire firm. 2008 and 2009 were tough on everyone, but we met every obligation, paid every bill, never missed a payroll and agents never missed a check. To the founders of ChangingStreets.com taking care of people during this storm was what a “better" company would do.

The For Sale By Owner market was dead from 2006 until just recently. So that program was pulled.

In November of 2006 while in Jacksonville, Florida on a consulting job, Scott received a phone call from Ryan McFarlane. Ryan wanted to grow his business from an outstanding 120 units per year to something iconic and wanted to know what, if anything, ChangingStreets.com could do to help. This phone call turned out to be the future for ChangingStreets.com. As the market continued to decline, Adam and Ryan negotiated until Ryan agreed to join the team.

Ryan grew his business to over 350 units a year. He was eventually listed by the Wall Street Journal as a top agent (16th in units closed) in the country. Ryan’s tenacity, team and outstanding service allowed him to grow his team. His listings allowed us to grow ours. With efforts focused on buyers and helping the federal government unload real estate at a fair price ChangingStreets.com became one of the top two companies in the market and generated enough revenue to start growing. Although far from our original plan, becoming superior in the REO market enabled us to be better at that time.

Now we are in the new normal. The market has settled in to a manageable range. Home sales numbers are relatively stable, sales prices are stable and it’s time to figure out what will make us better going forward. Willie Ray, our Flint Gateway Office manager, has been laying a foundation of education and training for the last 18 months. There is little doubt this will contribute hugely to the next “better one” ChangingStreets.com will become.