Do you know your Michigan trivia? I’ve lived here nearly my whole life and some of the fun facts I learned about our great state were pretty interesting. Here are a few that you can quiz your fellow Michiganders with: 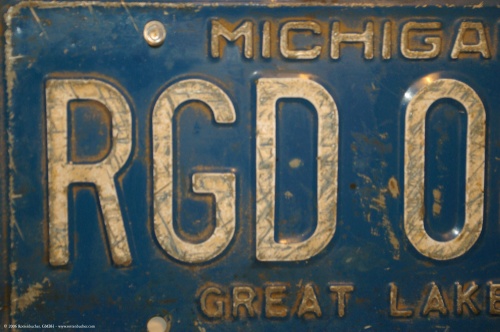 Even though Florida has the title of the “Peninsula State”, Michigan is the only state with an upper and lower peninsula.

2.      Our state stone, the Petoskey, is actually a fossil from 350 million year old limestone deposits. They are usually found along the shores of Lake Michigan.

3.      Michigan has more shoreline than any other state except for Alaska.

4.      The portable meat and potato “pie” popular in the UP called a ‘Pasty’ has origins in Cornwall England and was popular with the copper miners in the UP. They could pack them easily for lunch and were hardy and filling.

5.      Vernor’s Ginger Ale is the oldest ginger ale still on the market. It was created by a Detroit pharmacist, James Vernor, around 1866. “According to company legend, prior to the start of the American Civil War, while a clerk at the Higby & Sterns drugstore in Detroit, James Vernor experimented with flavors in an attempt to duplicate a popular ginger ale imported from Dublin, Ireland. When Vernor was called off to serve in the war, he stored the syrup base of 19 ingredients, including ginger, vanilla and other natural flavorings, in an oaken cask. Vernor joined the 4th Michigan Cavalry on August 14, 1862 as a hospital steward, was promoted to second lieutenant on September 20, 1864, and was discharged on July 1, 1865. After returning from battle four years later, he opened the keg and found the drink inside had been changed by the aging process in the wood. It was like nothing else he had ever tasted, and he purportedly declared it "deliciously different," which remains the drink's motto to this day.” (http://en.wikipedia.org/wiki/Vernors)

6.      Grand Haven, which is near the shores of Lake Michigan, has beaches that “sing”. The sand makes a whistling sound when you walk on them.

7.      The first zoo in the United States that had open exhibits where the animals could roam more freely was The Detroit Zoo. It was opened in 1928.

9.      In 1909, a mile stretch of Woodward Avenue between 6 and 7 Mile in Detroit was the first concrete paved road in America.

10.   And lastly, just because one of ChangingStreets’ locations is in Flint, MI and it’s kind of funny: The City of Flint has a law that allows the police to arrest anyone whose pants are hanging so low that their undies or butts are exposed. (There seem to be a lot of law breakers around! J)